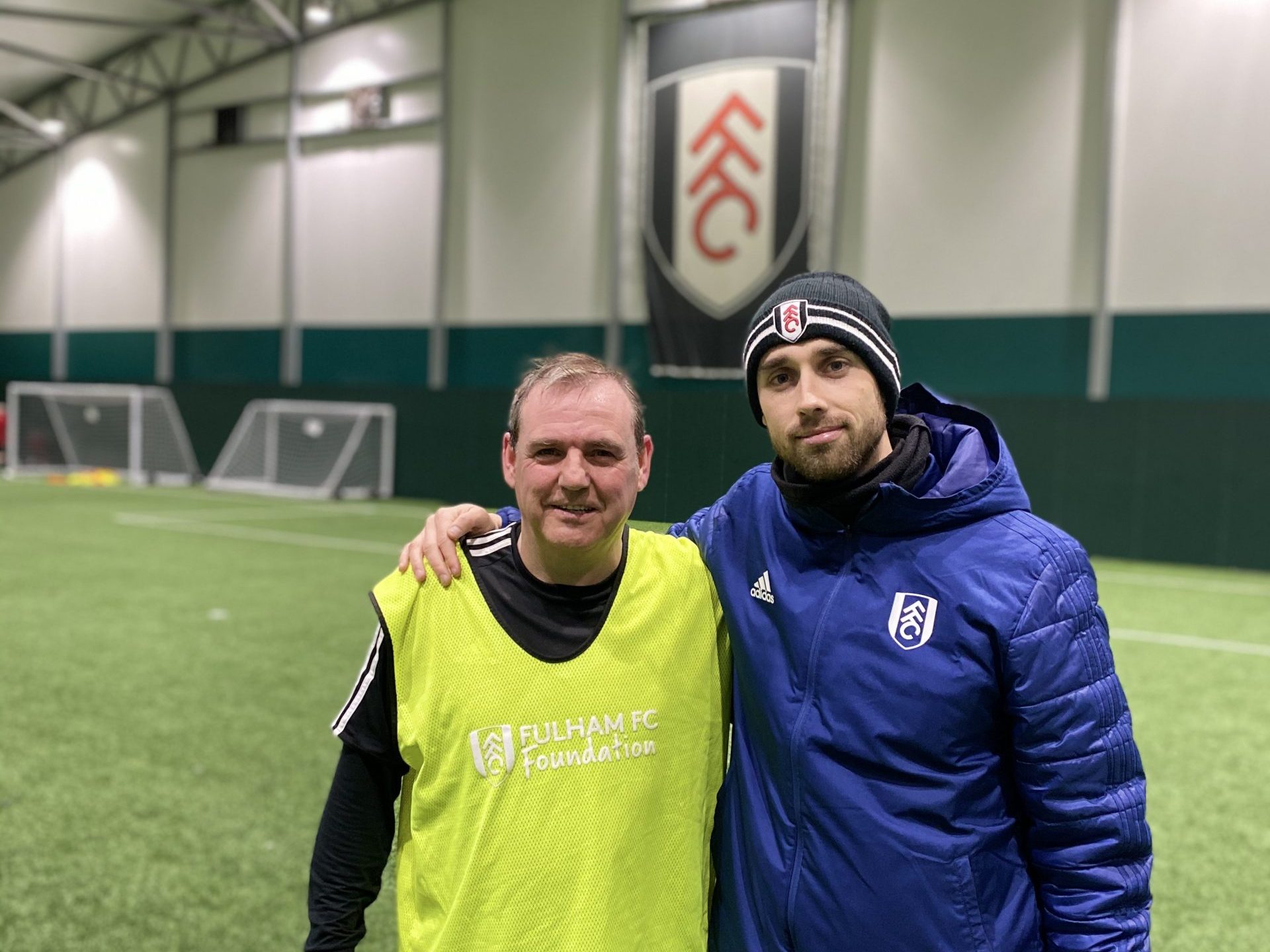 Tony Saunders is 56 years old and has been part of Fulham Fit for the past three years. We have seen him grow from strength to strength, particularly when he underwent life changing surgery. When Tony first started at Fulham Fit, his main goal was to improve his general health and fitness, including weight loss. Fulham Fit provided the perfect opportunity for Tony to achieve his goals in combination with his general love and passion for playing football.

“I joined to get fitter and to lose some weight and pleased to say that I have achieved both of these targets. I have to say that over the years I have done a lot of training and played for several football teams but this is the best coaching that I have ever had. I really like the sessions because I love training and challenging myself. The sessions have also inspired me to do other things such as 5k park runs and even a few 10ks. I have also met loads of people over the past few years and have made lots of friends through Fulham Fit.”

About 5 years ago Tony’s brother fell ill and the doctors and hospitals couldn’t figure out what was wrong. Then two years ago they discovered that his kidneys were failing and that he’d need a transplant. Both Tony and his sister were tested and found to be perfect matches, however because of his circumstances at the time, it was decided that Tony would be the donor. The doctors informed Tony that the fitter he was the more quickly he would recover from the operation. Tony got straight to it and started doing Park Runs, 10km runs, as well as the Monday night Fulham Fit sessions.

“I’m happy to say that I donated my kidney to my brother on the 25th of January 2019 and my brother is now better and fitter than he’s ever been and I was back training at Fulham Fit after a matter of weeks.”